Supports Chapter 2: What's Behind The Screens?

It is widely believed that atherosclerosis, the 'furring up' of the arteries, narrows the coronary arteries and makes a heart attack more likely in two ways: Firstly, a clot in a partially blocked artery is more likely to block it completely, cutting off the blood supply downstream; and secondly, the atherosclerosis itself may block the artery with a similar result.

Many laymen have been led to believe that cholesterol is to blame for the blockage, or 'plaque', but this is hotly disputed. Much more likely, it seems, is that calcification of the artery wall, which hardens the artery wall making it less pliable, is the cause.

A small observational American study of war veterans with diabetes and advanced coronary heart disease has found that those who regularly took statins had accelerated progression of calcification. This current analysis included 197 participants with type 2 diabetes from the Risk Factors, Atherosclerosis, and Clinical Events in Diabetes (RACED) study, a substudy of the Veterans Affairs Diabetes Trial (VADT) study.

Study participants who were frequent statin users were found to have significantly more coronary plaque advancement than those who were less frequent users (P<0.001), according to Aramesh Saremi, MD, and colleagues from the Phoenix VA Health Care System in Arizona.

But Cam Patterson, MD, from the Center for Heart and Vascular Care at the University of North Carolina at Chapel Hill, and who was not involved in this study, warned that it would be a 'horrible mistake to infer that strict compliance with statin use is somehow causally associated with progression of atherosclerosis. Adding that he thought that such a conclusion is definitively a false one.

'The patients who were more compliant with statin therapy had much higher calcium scores at baseline, so these are obviously patients who had a substantially greater propensity for atherosclerosis to begin with,' Patterson said. He suggested that patients who already have vascular disease are more likely to be compliant with their statins.

Saremi does not disagree with Patterson; the progression of calcification may be linked to the healing of soft plaque initiated by statin therapy.

'It's important now to determine whether this progression of calcification leads to cardiovascular events.

She also suggested that if diabetics are put on statins earlier in the course of their disease, when their calcium scores are low, there may not be such a rapid advancement of calcification. But this is unsupported supposition.

In this substudy, 36 patients reported less frequent statin use, while 161 reported more frequent use. The mean age of patients was 61 and the average follow-up was 4.6 years.
In the unadjusted model, researchers found that every 10% increase in statin use was associated with a 0.41 mm3 increase in coronary calcium progression (P<0.01), which did not change much in the adjusted model: 0.33 mm3 increase (P=0.04).

When researchers excluded those with prior or new cardiovascular events, the risk for calcium progression remained the same.

Saremi and colleagues speculated that statins may enhance the density of calcification as part of the healing process, potentially contributing to plaque stabilization and decreased cardiovascular disease events . But this is more unsupported speculation (they don't like to give up on statins, even though statins have also been shown to increase diabetes risk). However, they did also suggest that the advancement of plaque in type 2 diabetics who frequently took statins may lessen the medication's overall benefit.

Saremi A, et al. Progression of vascular calcification is increased with statin use in the Veterans Affairs Diabetes Trial (VADT)" ADA 2012; Abstract 426-P.

Let me know if it is a problem that I cross posted this on my blog at www.wmodavis.com. If you would like me to remove it let me know.

No, I don't mind you posting it so long as it is attributed and linked properly - and you have done that.

My father had two times hard attack and he almost die. Statins are very dangerous but many people don't wanna hear that

I as carried away. Nice story.

And the plan is to put everyone over a certain age on statins!!!!!! They will be adding statins to the drinking water next. We are already forcibly medicated via fluoridated water which no thinking person wants so don't think it can't happen.

I think you should have a 'miscellaneous' blog page Barry where we could ask you questions that have arisen after reading your books. I read Trick and Treat a while ago and whilst I accept your views on fats and grains there is one thought that occurs to me. If we have problems with grain digestion because of the relatively short time ( in evolutionary terms ) our bodies have had to deal with it,could not the same be said of animal products such as cheese butter and cream ? Your thoughts on this would be appreciated and thanks for a great informative site!

Statins not only reduce synthesis of Co-enzyme Q10, but also inhibit conversion of vitamin K1 to vitamin K2 MK4.
This would account for the extra calcification.
I am going to post the evidence for this on my blog sometime today if all goes well.
http://hopefulgeranium.blogspot.co.nz/

As what I experienced, statins can lower the cholesterol level of our blood but I think we should consult first a doctor because it might be bad for us especially for the heart.

@ anonymous,
the question is whether the milk of mammals needs to contain the kind of toxic defenses that the seeds of plants do. I can't think why.
Milk does supply immunogenic factors and behaviour-modifying peptides (opiod and antianxiety) to help the young, and these are a mis-match with the immune systems and brains of some people.
More so if you have a leaky gut from eating grains and pulses and seed oils, of course. 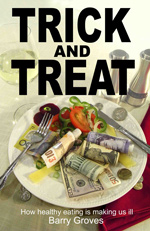